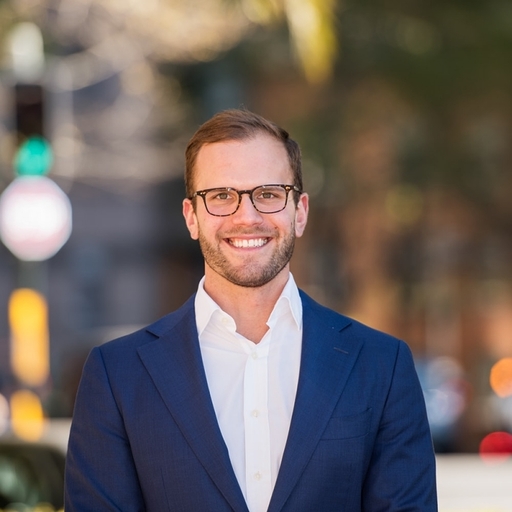 Earned wage access is sometimes mentioned alongside payday loans, pay advances and Buy now, Pay later. However, there are some important and fundamental differences between the offerings.

Wagestream was founded in 2018 when a friend got into trouble after using a high-interest loan to replace a broken fridge. At the time he didn’t have the $500 he needed available, so he made what seemed like an inconsequential decision to borrow some money for an essential item. But the fees and interest charged meant he had to take out additional loans to cover the cost of the first loan and quickly found himself in a debt spiral. At the time we didn’t understand the enormity of the challenge that hundreds of thousands of Australians (like our friend) faced, and it started us off on our journey to genuinely improve the financial wellbeing of Australians through a suite of employer-sponsored tools.

Over the past 3 years Wagestream has grown to become a responsible and mission-led financial wellbeing pioneer, providing innovative solutions such as earned wage access, automated savings support, financial education and coaching to solve the number one concern of employees — financial stress.

The reasons for the emergence of providers who offer payday loans, pay advances and Buy now, Pay later will vary. However as the below shows, financial wellbeing and security are not necessarily at the core of their mission.

Payday loans are short-term, high cost loans that can provide people with the money they need to get by until they’re next paid. Initially conceived as a bridge between pay cycles, payday loans offer people access to up to $2,000 in an emergency, but at very high cost. Moneysmart says that on a payday loan of $2,000 the total repayments will be about $3,360 - that’s $1,360 in interest and fees assuming the loan is paid back on time.

According to the National Debt Helpline, payday lenders are not required to tell borrowers the annualised interest rate and will charge very high fees. These include:

There are also a range of fees charged if someone misses a payment, such as:

The high interest rates and array of fees can lead to borrowers having to borrow again to pay off their first loan and ultimately find themselves in a debt cycle. A report from Stop the Debt Trap Alliance found that payday loans drive hundreds of thousands of people in Australia into debt, with 15% of payday loan borrowers falling into debt spirals.

“The repayments are often a significant portion of a person’s income, leaving them with little left over to pay for essential expenses like food, bills and rent. This means the person with the payday loan may be ‘caught short’ when a loan payment is due, and they have little choice but to take out an additional payday loan to make ends meet. The result: they are soon trapped in a debt spiral and are struggling to make loan repayments.”

‘Pay advance’ providers (which you may have seen advertised on billboards, busses, radio and TV) offer a short-term loan that lets someone borrow up to 25% of their previous pay cheque to a maximum of $1,250 ahead of payday, for a fee. Fees vary but are typically set at 5% per withdrawal.

Repayment takes place by direct debit on the due date. If the full amount is not repaid by the due date (usually the nominated date that someone receives their pay cheque), there are likely further fees and interest charges.

Pay advance (also known as wage advance) providers do not have a relationship with an employer so are unable to verify:

This also means that the services are not always available to casual and shift workers.

For this reason, pay advance providers generally only give people access to a fixed amount (such as $200) until their 'creditworthiness' is built up, and then they may give people access to more funds. This is not helpful for those looking to cover an emergency instantly — especially when you consider the fees.

Buy now, Pay later providers enable people to delay the payment of a purchase, but this doesn’t solve the financial pain points of employees for several reasons.

Research from ASIC has found that 1 in 5 people using Buy now, Pay Later incur late fees. These fees start from $5-$15 and can be much higher on larger purchases. The fees can also add up significantly when people are managing multiple Buy now, Pay later purchases. A recent article from The Australian Financial Review reported that those who have been using Afterpay for more than four years transact 29 times a year, while the top 10 per cent of its customers use it 60 times a year.

Alongside the ability to delay the payment of a purchase, Buy now, Pay later services do not offer any other products to help people manage their money. Without the ability to save or track how much is being earned, these services are purely focused on spending.

Earned wage access is the ability to access money that has been earned but is yet to be paid. Responsible earned wages access providers work with employers to provide this tool to help improve employee engagement, attraction, retention and wellbeing — sometimes entirely free to employees.

Through earned wage access providers like Wagestream, employees have instant access of up to 50 per cent of their earned wages at any point in the pay cycle — this means they can cover any emergencies or unexpected costs without having to borrow and pay interest or late fees.

Wagestream integrates with employer time and attendance and payroll systems so there is certainty about how much is being earned and the app is also able to be used by casual and shift workers on variable incomes.

Perhaps most importantly, alongside access to earned wages, Wagestream also provides tools to help employees engage with their money and improve their financial fitness by breaking down some of the behavioural barriers that can hold people back. These tools include the ability to track earnings in real-time, automate savings, personalised financial coaching (live in-app via chat) and also actionable tips and tricks to help people make the most of their pay.

While it can be easy to group earned wage access with other offerings like payday loans, pay advances and Buy now, Pay later, the intention and impact is substantially different.

We recently analysed more than 1 million transactions and spoke to 2,200 users to understand more about the impact of accessing earned wages.

Read our Impact Assessment in full.